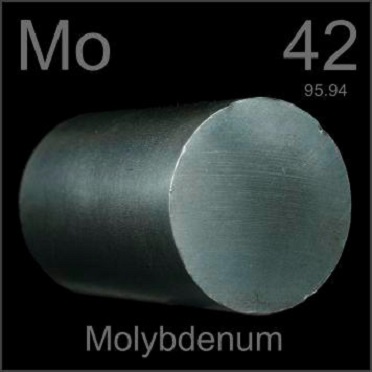 The brief history of the discovery of molybdenum

In 1754, the Swedish chemist Bengt Andersson Qvist tested the molybdenite and found that it did not contain lead, so he believed that molybdenite and galena were not the same substance.

In 1778, the Swedish chemist Carl Wilhelm Scheele found that nitric acid did not react with graphite. While nitric acid reacted with molybdenite and produced a white powder, which was boiled together with an alkali solution to crystallize a salt. He believes that this white powder is a kind of metal oxide. After heating with charcoal, no metal is obtained; and when it is heated together with sulfur, the original molybdenite is obtained, so he believes that molybdenite should be an unknown mineral.

Inspired by Scheler, in 1781, the Swedish chemist Peter Jacob Hjelm used a “carbon reduction method” to separate a new metal from the white powder and named the metal “Molybdenum”.

Since molybdenum is easily oxidized and has high brittleness, molybdenum smelting and processing are limited. Molybdenum was not able to be machined in the early period, so it is impossible to apply molybdenum to industrial production on a large scale. At that time, only a few molybdenum compounds were used.

One thought on “How was Molybdenum discovered? | History of Molybdenum”