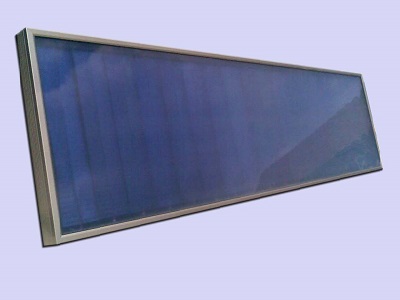 As a second-generation solar technology, thin-film technology is more affordable than the traditional first-generation c-Si technology, but is less efficient. Therefore, in recent years, people have also paid more attention to the development of sputtering materials and thin film coating technology, and are committed to improving the efficiency of thin film technology. And now it has improved significantly. Laboratory cell efficiencies for CdTe and CIGS are now over 21%, better than polysilicon, the main material currently used in most solar photovoltaic systems. And the life expectancy of thin-film solar cells is also extended to 20 years or more.

The target materials corresponding to the three thin films mentioned above are important materials for the thin film coating of solar cells. Among them, cadmium telluride targets account for 50% of the solar market. On a life cycle basis, CdTe PV has the smallest carbon footprint, lowest water usage, and shortest energy payback time of all solar technologies. With an energy payback period of less than a year, CdTe can reduce carbon emissions faster without short-term energy shortages.

The CIGS sputtering target is composed of four metal elements, namely copper (Cu), indium (In), gallium (Ga) and selenium (Se), and it is also one of the representatives of commonly used targets in the solar industry. CIGS thin film has the advantages of strong light absorption, good power generation stability and high conversion efficiency, which can enable solar cells to generate electricity for a long time during the day and generate a large amount of electricity. CIGS has great advantages in photovoltaic building-integrated applications. At the same time, with the improvement of CIGS conversion efficiency, the self-sufficiency rate of CIGS as a photovoltaic building power supply built with glass curtain walls is also increasing.

GaAs thin-film solar cells have an efficiency of up to 28.8%, which is considered the highest efficiency of all thin films. Gallium arsenide is also resistant to damage from moisture, radiation and UV light. These properties make GaAs thin films an excellent choice for aerospace applications with increased UV and radiation.