What is a lithium battery?

Literally speaking, some people may think that lithium batteries are only made of metallic lithium. In fact, lithium battery is a relatively broad concept, which can be roughly divided into two categories: lithium metal batteries and lithium ion batteries. Lithium batteries generally refer to batteries using a lithium metal or a lithium alloy as a negative electrode and utilize a non-aqueous electrolyte. For example, in renewable energy applications, the main chemical of lithium batteries is lithium iron phosphate (LiFePO4), which has good safety, good thermal stability, high rated current and long cycle life. 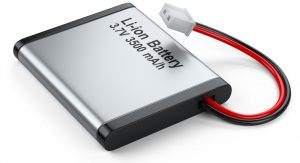 Compared with traditional batteries such as lead acid, nickel chrome and nickel hydrogen, lithium batteries do not produce harmful heavy metal elements such as lead, mercury and cadmium. Their electrolytes are organic solvents and lithium salts, most of which are non-toxic or low-toxic. Therefore, the pollution is relatively slight. There is also no risk of exposure to corrosive electrolytes such as sulfuric acid or potassium hydroxide. In most cases, lithium batteries do not present an explosion hazard even when stored in confined areas, and their well-designed systems do not require active cooling or ventilation. In addition, lithium batteries have an extremely long cycle life, and some manufacturers can even guarantee a battery life of up to 10,000 times. In general, lithium batteries are a perfect energy storage solution.

With the development of microelectronics technology in the twentieth century, the number of miniaturized devices is increasing, and high requirements are placed on the power supplies. Lithium batteries have entered a large-scale practical stage. The earliest is the primary lithium battery used in cardiac pacemakers. The kind of battery has a very low self-discharge rate, and the discharge voltage is very gentle, making the pacemaker expected to be implanted in the human body for a long time. Lithium-manganese batteries generally have a nominal voltage higher than 3.0 volts, and are more suitable for using as integrated circuit power supplies, which are widely used in computers, calculators, and watches. Lithium-ion batteries are widely used in mobile phones, notebook computers, power tools, electric vehicles, street lamp backup power supplies, navigation lights, and small household appliances.