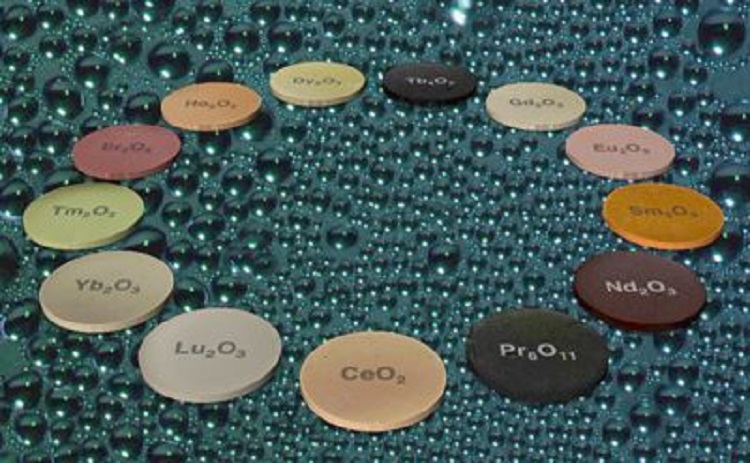 In recent years, several research efforts have targeted the utilization of rare earth elements, especially on cerium thin-film coatings. Cerium is a soft, ductile, and silvery-white metal that tarnishes when exposed to air, and it is so soft that can be cut with a knife. Cerium has no biological role and is not very toxic. Many surface treatments, like sol-gel, chemical vapor deposition (CVD) and physical vapor deposition (PVD) techniques, based on the use of cerium and cerium compounds have been investigated because of their low toxicity. In other words, consumption or inhalation of those compounds is not considered harmful to health.

Cerium compound physical vapor deposition permits improving corrosion protection performance of the surface on it is deposited on. The composition of the films has an impact on the corrosion properties of the cerium-based layer. In general, the coatings obtained by PVD are composed of Ce compounds in trivalent or tetravalent states. The ratio between these 2 oxidization states is strongly dependent on the oxidizing ability of the medium. However, no clear correlation between the Ce oxidation state and corrosion properties was found nowadays.

What’s more, these cerium coatings have an active mechanism similar to that observed for chromate coatings in that they both have the amazing self-healing ability when damage occurs. Chromate coatings have self-healing properties because of the presence of unreacted Cr6+ ions that are able to migrate to the exposed metal (for example a scratch) and can be further reduced to create a Cr3+ based compound that seals the scratch or the defect. However, the chromate compounds are extremely toxic and carcinogenic. Since cerium is not toxic, it is a perfect substitute for chromate. When it comes to cerium, the contact between a CeO2 film and solution induces the formation of Ce(OH)22+ ions. The existence of oxidizable metal would reduce these ions into Ce3+. Then the precipitation of trivalent cerium oxide occurs; it can be enhanced by the local increase of alkalinity. Therefore, this precipitated oxide seals the film and decreases the corrosion rate of the metal. Since cerium is not toxic, it is a perfect substitute for chromate.

In conclusion, cerium is good, but some people would concern about its price. Is rare earth element—Cerium—very expensive? The answer is not, actually Cerium is one of the least expensive rare earth and is the major component of “mischmetal”. So don’t care too much about the price.

Related Blog: How was cerium discovered? | History of Cerium