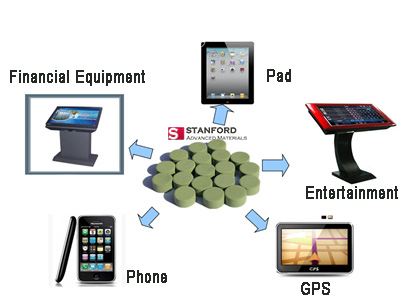 The indium tin oxide (ITO) transparent conductive film belongs to an N-type oxygen-deficient semiconductor material. It has low absorption of visible light and has high visible light transmittance, excellent infrared reflection performance and microwave attenuation performance in the mid-far infrared range. ITO transparent conductive film has become an important optical component in the field of optoelectronic devices due to its excellent photoelectric performance. 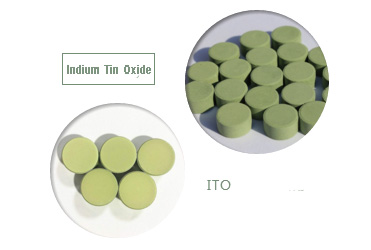 ITO materials have long been used as transparent conductive films in the form of single-layer films, but their average transmittance in the visible portion is very low, generally less than 90%, and the reflectance is high, affecting its display and electromagnetic shielding applications. If the transmittance in the visible light region is improved, the application of the ITO transparent conductive film will be more extensive.

As its name suggests, ITO sputtering target mainly contains three elements of indium, tin and oxygen. More specifically, ITO sputtering target is a black-gray ceramic semiconductor (as shown below) formed by a series of production processes after indium oxide and tin oxide powder are mixed in a certain ratio, and then sintered in a high temperature atmosphere (1600 degrees, oxygen sintering). 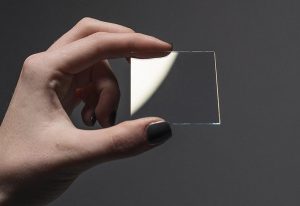 As one of the most widely used transparent conducting oxides, Indium tin oxide (ITO) has good electrical conductivity and optical transparency. The transmittance and resistance of ITO are controlled by the ratio of In2O3 to SnO2, respectively, and the performance is usually best when SnO2:In2O3=1:9. The most common method for preparing ITO films is physical vapor deposition (PVD). To know more information about PVD technology, please read this article What are the uses of PVD (Physical Vapor Deposition) coating. And, to know more about how to produce ITO target, please read another article Four main molding methods for ITO (Indium Tin Oxide) targets.