Mobile phones have become an indispensable part of contemporary society. You may use your mobile phone every day, but you don’t know about it. For example, the screens of a mobile phone are mainly divided into a resistive screen and a capacitive screen, but do you know the difference between these two kinds of screens? If you do not know the answer, let’s SAM Sputter Targets answer it for you. 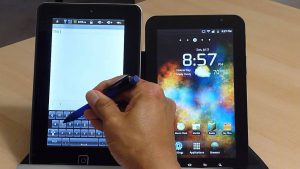 Resistive touch screens are inexpensive and easy to produce, and have a long life and high light transmission. However, the ITO coating of the resistive touch screen needs to be strictly controlled. If it is too thin, it is easy to be brittle; if it is too thick, it will reduce the light transmission and form internal reflection to reduce the definition.

Stanford Advanced Materials (SAM) Corporation is a global supplier of various sputtering targets and evaporation materials such as metals, alloys, oxides and ceramic materials, which are widely used in electronics manufacturing. We regularly update knowledge and interesting stories of sputtering targets on our website. If you are interested, please visit https://www.sputtertargets.net/ for more information.

9 thoughts on “What is the difference between a capacitive screen and a resistive screen?”